It’s not all work and no play for the seminarians at Assumption Seminary. Like the rest of us, they need breaks too.

Sister Jane Mary Gawlik, CSSF, who worked until recently in the Vocations Office, noticed that the pool house and the surrounding pavilion were in need of repair. She petitioned her sister and brother-in-law, Debbie & Wayne Tiemann for help. Wayne, who is the president of the Catholic Life Cestohowa Branch, found a contractor to bid on the project. 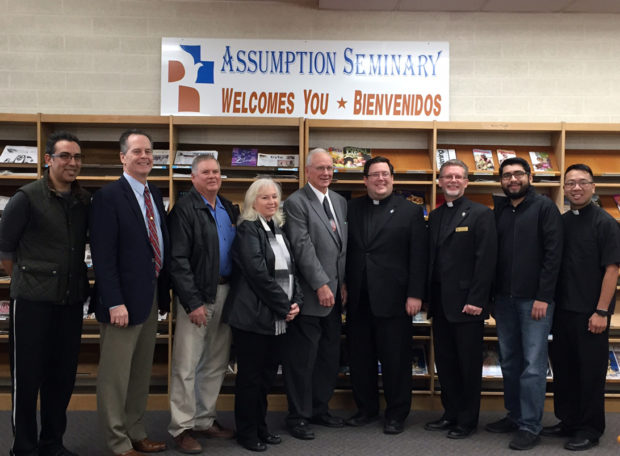 Once they had an amount, Wayne began working on how to make this dream into a reality. His family donated a large part of the funding from the Adolph & Mary Gawlik Family Partnership. The late Adolph Gawlik served as an Agent and supervisor for Catholic Life for many years. Wayne also petitioned Catholic Life for funding too.